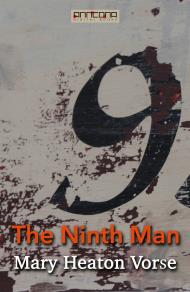 The Ninth Man is a science fiction novella by Mary Heaton Vorse.

In The Ninth Man, Mary Vorse gives us a compelling study of human nature and society.

A fictional town in Italy is conquered by a heartless tyrant. He issues a strange but cruel new law: in thirty days, each ninth person, chosen by lot, shall designate secretly whom he wishes put to death in the public place.

Suspicion, revenge... all that's worst in humanity seems to come out among the townspeople. Old and young, male and female all show their capacity for selfishness.

But one person, the priest, goes against the grain and pleads with the town to have them all choose HIM to be the martyr, rather than follow their worse inclinations.

Log in to borrow this title and view current loan status.
Read more here How to borrow